After training at the Drama Centre, John was immediately cast in the first of what proved to be a long line of leading parts in the classical theatre, as Romeo opposite Francesca Annis as Juliet, at Richmond. He then joined the Royal Court Company before spending two years with the Royal Shakespeare Company, leaving to take the title role in the BBC’s classic serialisation of the George Elliot novel Daniel Deronda. This acclaimed production lead to many leading roles in series and serials most notably Geoff Hardcastle in Doomwatch, Nick Faunt in Shabby Tiger and Apollo in The Orestia.

Aside from his latest role as Greer in the CBS drama Person of Interest, John’s other Television credits include the title roles in Hamlet, Richard II, and The Importance of Being Earnest (RTE) and over 50 other television roles including Ian Flemming in The Real James Bond, The Prisoner, Enemy at the Door, The Sweeny, Dickens of London, Return of the Saint, Crown Court, General Hospital, Silent Witness, Trevor Nunn’s Merchant of Venice and Hustle.

From touring Ireland in the ‘60s (before drama school) in one of the legendary ‘Fit Up’ companies, playing Oberon in Regents Park open air Theatre, to being a member of Trevor Nunn’s innovative and highly acclaimed ensemble company at the National Theatre, John has worked extensively in the theatre throughout Great Britain and Ireland winning the best actor award for his performance of Thoreau in the Dublin festival production of The Night Thoreau Spent in Jail. He also co-wrote and played the title role in the Dostoyevsky Trilogy for the Bristol Old Vic company.

John’s recent theatre work includes playing Doc in Tennesee Williams’ Small Craft Warnings directed by Bill Bryden at the Arcola Theatre, the Tom Stoppard trilogy The Coast of Utopia at the National Theatre and Babrantio and Ludovico in Rupert Gould’s Othello at Northampton and Greenwich.

John’s film work includes Bequest to the Nation, The World is Full of Married Men, Terror, Following and  Fredericks  in Batman Begins.

John works regularly in the world of voice over and narration. This includes computer games, documentaries, radio commercials, TV commercials and even recently narrating the story of The Clangers to a live Orchestra at the Royal Festival Hall. He can also be heard on international airlines as the voice of  The Discovery Channel’s in flight entertainment.

John’s directing credits include Relatively Speaking and A Bed Full of Foreigners for the British Theatre Playhouse in Singapore, Kuala Lumpar, Penang and Columbo, The Good Woman of Setzuan and Reservoir Gods at Stratford upon Avon College.

He is married to actress Kim Hartman, well known for her role as Helga in BBC comedy Allo Allo 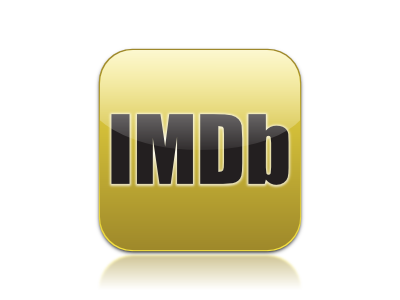